One year ago a tiny goat was born, she was 15, maybe 16 ounces at birth. She was weak and quickly became cold. We rushed her inside the house and I gave her a bit of honey on her gums hoping it might give her a little boost. I checked her temperature and it was low so we needed to warm her up, first we tried a heating pad and warm towels…but when that wasn’t enough we put her in the sink with very warm water (kids need to be at the correct temperature before they can have colostrum).

We really weren’t sure she’d make it, at first she couldn’t even lift her head, but we didn’t want to give up on her without trying everything we could to help her. The warm bath did the trick and she started to come around, her temperature was high enough we were able to give her colostrum. That night I fed her colostrum every couple of hours with a syringe. I would help her stand up, by the next morning she was standing up on her own and drinking from a bottle. 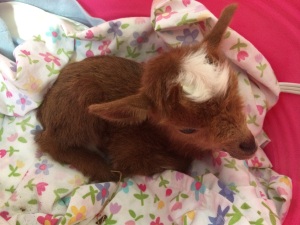 We tried to reintroduce her to her mom but she wasn’t interested. It was clear her bigger brother and sister got most of the nutrients, they were much bigger and stronger. Being as small as she was, I didn’t want her to have to compete with the other kids for milk, so we decided to bottle feed her. We named her Bit O Honey or Bitty for short. Of course my kids fell in love with this tiny goat, so she is a permanent addition to our herd. She is still just a little smaller than the other goats her age but has otherwise been very healthy and sweet as can be. 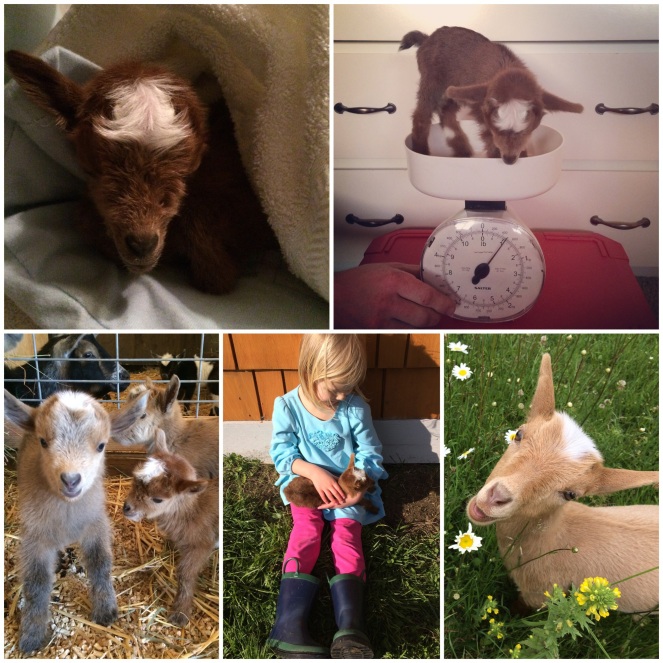 12|2019 One of our does has earned her Superior Genetics (SG) designation, SG Four Cedars DB Eye Candy.

All photos on this website belong to Marsha Hickman of Four Cedars Farm unless otherwise noted and are protected by copyright, ask permission before taking any photos for personal use (websites, social media etc.)

Interested in dairy goats? Join Southwest Washington Dairy Goat Association! SWWDGA is one of the oldest clubs in the US, established in 1926.